Core Web Vitals and Mobilegeddon: How Google evolves the market 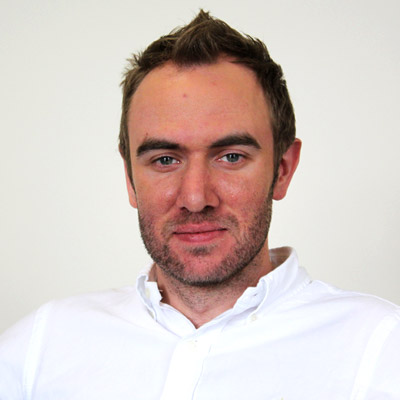 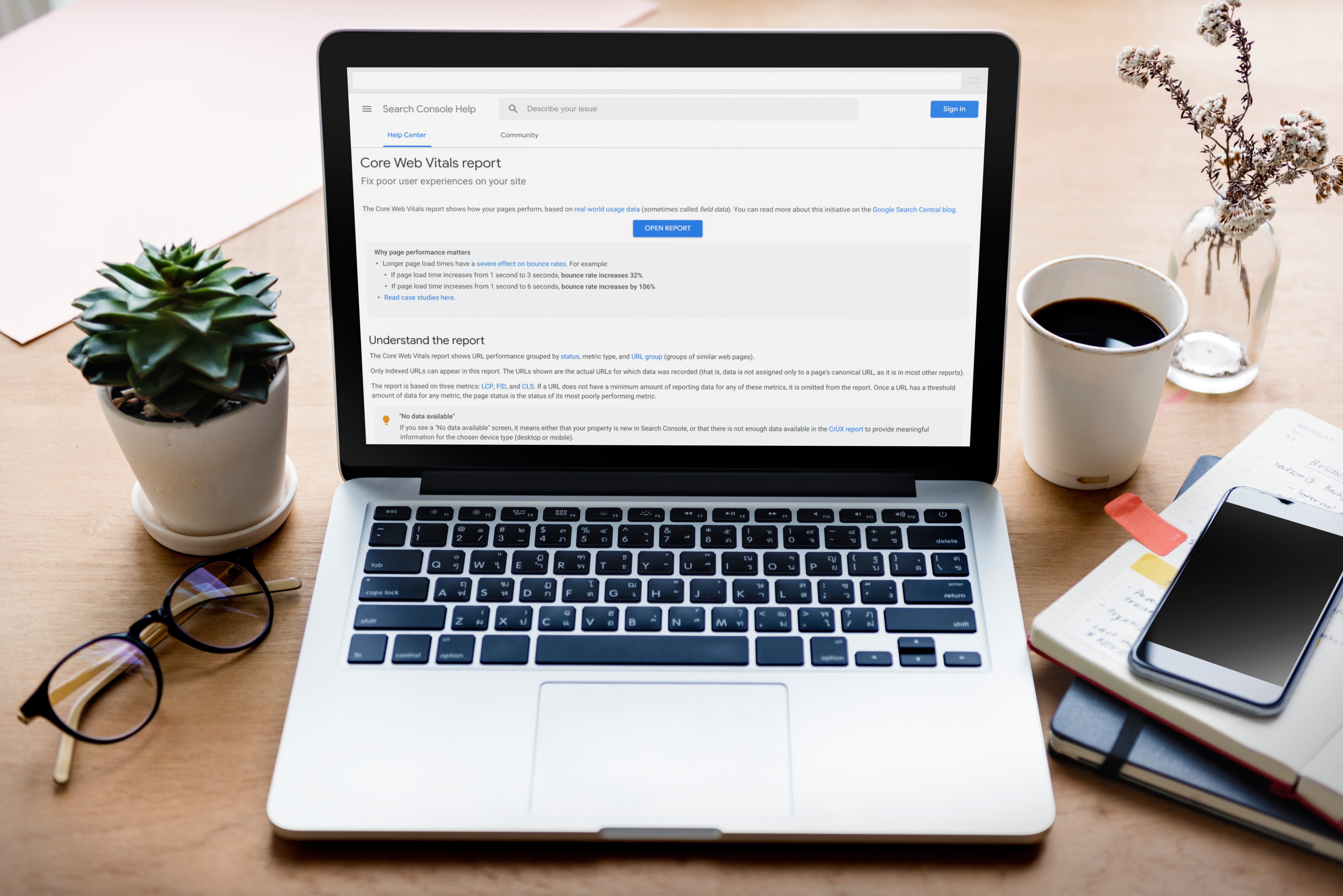 Hindsight is a wonderful thing. Every so often you get the opportunity to call on a lesson from the past and apply it to something coming up on the horizon. With Core Web Vitals on the horizon there is only really one update with the same hype and magnitude that we can call on from the past for some hindsight: Mobilegeddon.

In this article I will look at the impact of Mobilegeddon, how it relates to Core Web Vitals, and discuss what I believe is the hidden motive behind big changes like these and what my advice would be when it comes to preparing for big updates.

Mobilegeddon, as it was affectionately known, was a large Google update that focused on how Google would view pages in terms of their friendliness to mobiles. It was very binary: your pages were mobile friendly or they were not. The original announcement stoked quite the reaction from the SEO community, thanks to the tried-and-tested use of the following phrases in the announcement:

These are the main sections responsible for the ensuing hype / media storm, and what a storm it was. Here are just a few excerpts from the likes of the BBC, Fortune, and The Guardian.

If your business depends on people finding your website, then this will be an anxious day for you.

Google is making changes to the way its search engine ranks sites, and that could send some hurtling down the rankings.

Dubbed “Mobilegeddon,” Google’s latest tweak to its search algorithm arrived on Tuesday. It could make a significant impact on how company’s websites are ranked in search results on smartphones.

The adjustment will now favors sites in search that are more mobile friendly. That means companies and retailers that have sites that meet Google’s mobile standards will rank higher in search results on phones.

The hype, understandably, put the news in front of every business owner, marketing manager, and ecommerce manager on the planet, who then descended on their agencies and teams to work frantically on solutions to stave off the impending rankings destruction (more on that later).

Why was everyone surprised by this announcement?

To understand why this update took people by surprise, it is important to transport yourself back to 2014–2015 and remember that the mobile web and landscape that we have come to expect in 2021 was VERY different.

Worldwide internet usage was still heavily skewed towards desktop (see below) and, although mobile was growing, it felt at the time that retailers had “mobile friendly websites” as a nice-to-have project on the back burner for when other, more important projects were complete.

These decisions were likely based on the impact mobile was having on the bottom line, growing but not exponentially (see below). In the U.S., from 2012–2014 the share of mobile ecommerce spending was relatively flat. This put retailers in a tricky position. They can see mobile usage growing but can’t justify the expense of a mobile-friendly platform, as its impact on the bottom line is not the same as the impact on traffic.

Google understood the dynamics of the mobile market and knew that it needed to jolt the ecosystem into providing mobile-friendly websites to spur mobile ecommerce growth — especially given the competition from social media platforms, who had much greater control over their users’ mobile experience.

We can look at Mobilegeddon as part of the genesis of the mobile internet and ecommerce revolution. It is impressive to see what can be achieved with the threat and/or promise of ranking gains or losses.

How impactful was Mobilegeddon on search results?

It is hard to find solid data to show how much of an impact the update had on websites, but there is no shortage of opinion. Much of which is an opinion that I share: that the event was more hype than action.

Google did issue post-update clarification that looked to dampen the hype.

As you might have guessed by now, my opinion is that this update, and its very hyped beginnings, were about more than just a positive or negative impact on rankings at the time. I believe this update was positioned to move the mobile ecosystem into a place where transacting via mobile would be unlocked and over time allow Google to evolve its market dominance in product areas such as:

What has this got to do with Core Web Vitals?

History is repeating itself. We have a planned, major update with a lot of hype and pre-announcement in Core Web Vitals and, more importantly, an indication from Google that there is a ranking risk associated to the update. As always, this is tempered with the information that this is part of the mix of ranking signals and that Core Web Vitals will sometimes play second fiddle to other, more relevant signals.

I think lessons have been learned this time in that Google has provided developers and businesses with a lot more tools and time to get ready — this can be seen in the Google Trends graph comparing Mobilegeddon and Core Web Vitals. Panic versus steady progression.

Does this mean I shouldn’t be too bothered about CWV?

Quite the opposite. This is where it is important to look beyond the initial impact / benefits of the update and look at how this benefits Google commercially over a longer period. Speed has been a concern for years with Google developing its AMP (accelerated mobile pages) framework in 2015 and then the first major speed update in July 2018. Fast-forward two years and we have Core Web Vitals.

One area that I believe is a big contributor to Google’s push towards websites improving their page load performance is climate change and the associated costs with a growing internet-active population and demand for Google services.

A 2020 article by the University of St Andrews highlights the carbon footprint of the internet and how that is expected to double by 2025. Currently it is estimated that the internet accounts for 3.7% of global emissions, which is the equivalent of the worldwide aviation industry.

The article also shows how webpage size has increased over the last 11 years, with mobile webpage size increasing 11-fold over that period.

As more and more people use high-bandwidth internet on mobile devices, it is easy to see how costs, impacts on climate change, water usage, and those contributing to its impacts can spiral.

By reducing unnecessary data transmission through optimising your website’s page speed, you are reducing the amount of data that needs to be downloaded and stored within data centres. This is a big deal as the negativity towards big tech and its use of costly, resource-heavy data centres is growing.

Just as Google threatened ranking drops in order to spur mobile ecommerce growth and its ability to profit from that market, I expect Core Web Vitals is a way for Google to harness its influence on the web for future growth.

Even if you are sceptical of Google’s motives around this update, it is important to understand that improving page load performance is a very risk-free endeavour. There are real-world benefits to user interaction, conversion rate, and usability, not to mention the climate change mitigation. With the tangible benefits to Google’s bottom line and future strategy, it is clear that CWV is here to stay and being along for the ride would be a wise move.

Want to work with a forward-thinking technical SEO team? Get in touch for a free organic search consultation.

Email tips to help you land coverage and links on top publications.

Polly Kirkup
Where we built links in April 2021

Learn all about the latest digital marketing news and Google updates from the past month.

Jonathan Birch
5 tips for redesigning your website to improve conversions