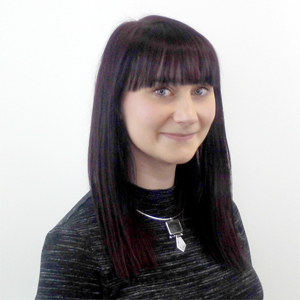 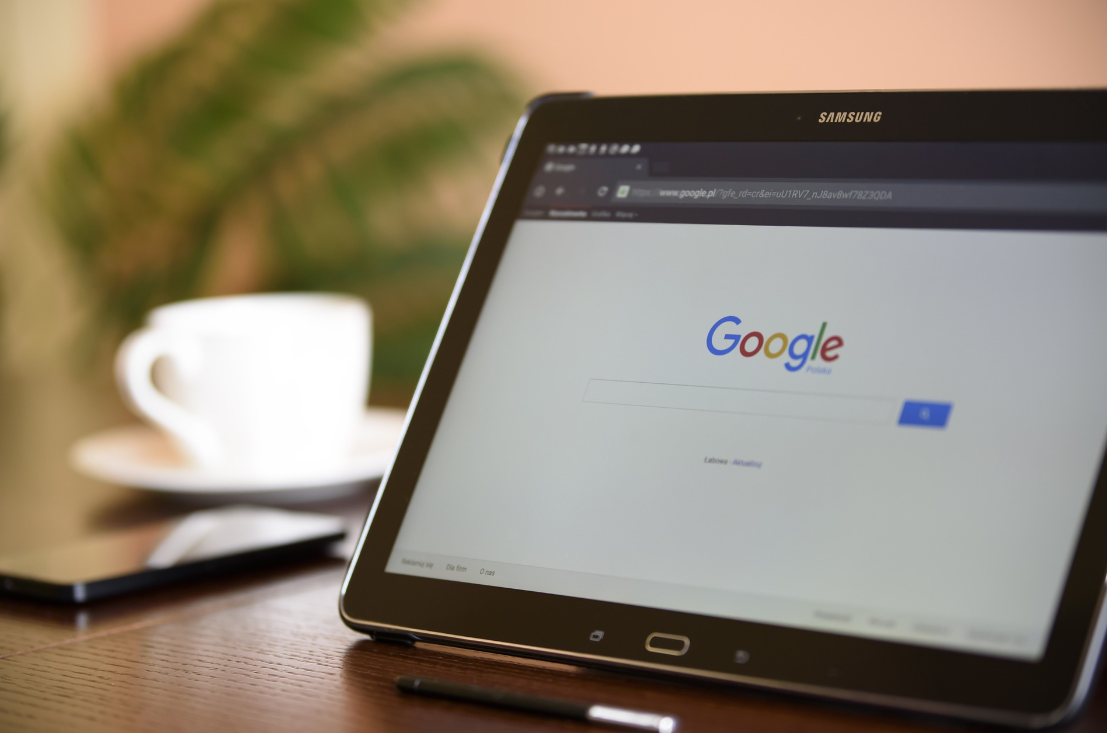 Over the last month, we’ve seen some significant changes in the world of SEO and digital marketing. Google officially announced that it would be rolling out a new core algorithm update, the data you can access through Google Search Console became fresher, and a new version of Google’s Quality Raters’ Guidelines was released.

Here, we’re going to take you through the latest SEO news stories from September 2019 and explain how they’re likely to affect your digital marketing efforts.

Later today, we are releasing a broad core algorithm update, as we do several times per year. It is called the September 2019 Core Update. Our guidance about such updates remains as we’ve covered before. Please see this blog for more about that: https://t.co/e5ZQUAlt0G

On 24 September, Google sent out a tweet to say it would be releasing a September 2019 core update. Until very recently, the search engine would never update SEOs and business owners when it was planning to alter things — instead, we would often be left to speculate about algorithm changes whenever there was a significant shift in rankings. However, over the last few months, we’ve seen Google be more open about this. In fact, they even published some advice on what to do if you’re negatively impacted by a core update.

So far, it seems the September 2019 core update hasn’t had as much of an impact as the update we saw back in June. Although, it has had a significant effect on Your Money, Your Life (YMYL) pages. This means, if your website content covers serious topics such as money and health, it’s important that you focus on making these pages as high-quality as possible. We have a guide on how Google ranks YMYL pages, which should help you with this. 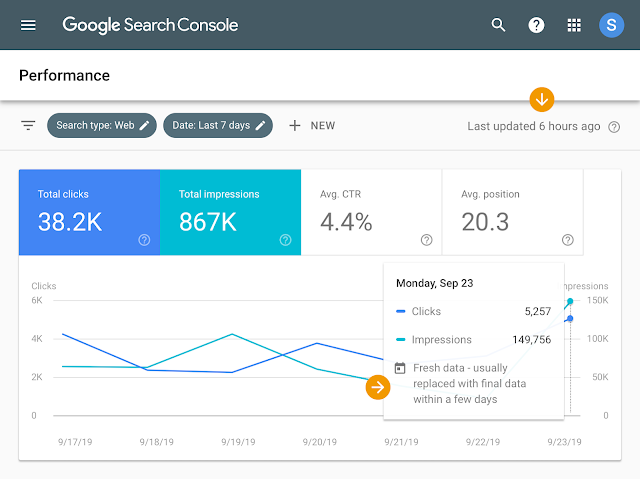 Google has announced that you can now access fresher data in the Google Search Console performance reports. And, it has also introduced the option to export the data using a custom date range.

According to the search engine giant, it has made these changes after analysing user feedback and finding that most people wanted to be able to access data that was more up to date. So, you can now get information that’s “as recent as less than a day old”. Previously, data was only updated every three days or so, which means this is a significant improvement.

Being able to access data from Google much sooner can help you to fix any issues that arise as quickly as possible. Google had also said that this update means:

This is all great news for SEOs and business owners who always like to be one step ahead of the game.

Back in August, research by SparkToro showed that less than half of Google searches now result in a click. However, a new study [PDF] conducted by BrightEdge has found that organic and paid search still deliver far more website traffic than other channels, such as social and display advertising.

In fact, in the five years that BrightEdge has been carrying out this kind of research, the traffic coming from organic search has grown from 51% to 53%, with paid search now accounting for 15% of all website traffic. This new data was generated “from thousands of domains and tens of billions of sessions” in May of this year. Although, it’s worth noting that the company excluded direct traffic from the study.

Looking at these results, it’s clear that organic and paid search are both huge traffic drivers, so it’s well worth giving these areas of digital marketing some attention if you’re looking to attract more website visitors and bag more sales. Here at Glass Digital, we offer both organic search and PPC services. So, if you would like some help with this, get in touch to talk about your requirements today.

On 5 September, Google released a new version of its Quality Raters’ Guidelines [PDF]. Significant changes had been made to the Your Money, Your Life section, and new areas of focus had also been added.

The Quality Raters’ Guidelines (QRGs) aren’t designed to show you how pages are ranked on Google’s SERPs. However, they do often hint at what future core algorithm updates will focus on. For example, over the last year or so, Google has given its raters more instructions on how to assess medical and financial sites. This coincided with the release of new algorithms that focussed on the relevance of these types of sites. So, the guidelines can help us to identify and anticipate algorithm trends.

This time around, significant changes have been made to section 2.3 of the guidelines, which focuses on YMYL topics. In particular, the change affects news and government related content. Previously, the news section was grouped with public/official information pages. However, there’s now an entire section dedicated to how news pages should be rated and judged. This is, perhaps, unsurprising, as Google has recently received a lot of criticism from those who believe the search engine has been biased when ranking news stories in the past.

An addition was also made to section 2.5.2, which deals with author information. The new section says: “Websites want users to be able to distinguish between content created by themselves versus content that was added by other users”. This relates to the likes of news sites and online magazines, but also any website that accepts guest posts. This could suggest that Google is keeping an eye out for low-quality sites that rely on user generated content.

The updated guidelines also explained that very careful reputation checks are required for certain topics. They now read: “For YMYL topics especially, careful checks for reputation are required. YMYL reputation should be based on evidence from experts, professional societies, awards, etc. For shopping pages, experts could include people who have used the store’s website to make purchases; whereas for medical advice pages, experts should be people or organizations with appropriate medical expertise or accreditation. Please review section 2.3 for a summary of types of YMYL pages/topics.”

If you would like to learn more about how Google’s QRGs were updated last month, Search Engine Journal has an extensive list of the changes that were made.

You’re now up to date with all of the biggest SEO and digital marketing news stories from the past month. If you would like more frequent updates, make sure you also follow us on Twitter, Facebook, and LinkedIn, where we always post about the latest happenings from the industry!

And, if you’re looking for an SEO, PPC, or affiliate marketing agency that can help to boost your online visibility, get in touch today.